Live session: We practised the linking ‘r’ today in the live session

The language you need: #3 Adverbs and Opinions

Do you think people should have to pay to visit these historic buildings?

Do you think the government (i.e. taxpayers) should pay for this or should the visitors pay for it?

When the ‘r’ at the end of a word comes before a vowel sound, it is pronounced to make the link easier e.g.

You can hear an ‘intrusive r’ in phrases like this:

Look at the adjectives below (useful for Writing and Speaking!).

When is the ‘r’ in ‘over’ pronounced, do you think? Group A or Group B?

Mark the linking ‘r’ sounds in these sentences:

1. Are you going anywhere over Easter this year?

3. Where exactly will you be going?

4. Here and there. We’re open to suggestions.

7. When you’re in Rome, you must remember to throw a coin over your shoulder into the Trevi fountain.

8. It means that sooner or later, your’re sure to return.

Audio answers on the way.

In fast speech, if a word ends in an /ɔː/ sound, like ‘saw’ or ‘law’ and the next word begins in a schwa /ə/, you’ll often hear a /r/ sound linking them together.  For example:

It also happens between a word-final schwa /ə/spelled with an ‘a’  (e.g. China, Lisa, America) and a new word beginning with a vowel sound.

The problems with ‘r’

There are 3 main problems with ‘r’.

1. In the UK, ‘r’ is usually SILENT AFTER A VOWEL, but most learners pronounce it strongly e.g. / tiːtʃə/ (schwa sound at the end) is often pronounced / ˈtiːtʃer/*.

3. The /r/ sound is very difficult to produce.

The tip of the tongue curls back slightly in the roof of the mouth, just behind the alveolar ridge, and the breath squeezes past whilst the tongue is still and not vibrating.

If you have problems with the /r/ sound, spend some time focusing on it.

This is another good EngVid video to practise with (17 mins). 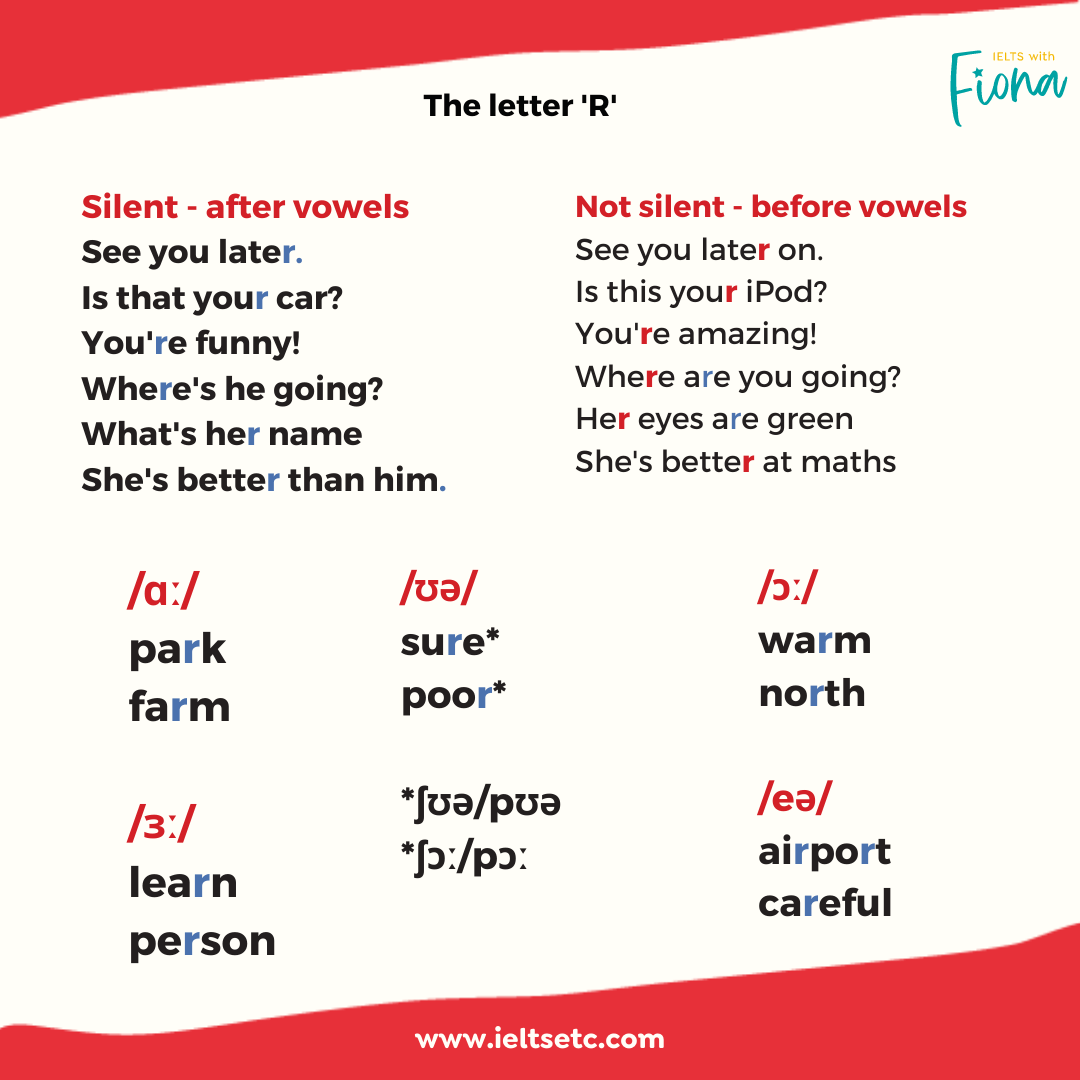